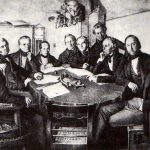 What’s the point of the charity governance code?

This blog was written for Civil Society Futures.

Civil Society Futures asked me to blog about the new Charity Governance Code. Although, as chair of the Code’s Steering Group, I’ve written lots of articles about it, this request immediately put me into a spin as I wondered what was so newsworthy and interesting about the Code that would get attention amongst the thought-provoking contributions on the Inquiry’s website to date.

Nick Perks in his excellent blog articulates so well that governance matters, so I don’t want to repeat his words, nor do I want to rake over the charity ‘shock, horror’ stories of the past few years.

That said, the work to produce the new Code, which we also hope not-for-profits as well as charities will use, draws upon what we perceive as the public’s loss of innocence in their relationship with charities, and we highlight how the Code might play a role in re-building that trust.

The background is that since 2005 charities’ have had their own Governance Code. There is a Steering Group of sector infrastructure bodies and umbrella bodies which oversees the Code, and I am the independent (in all senses) chair of that Group.

When the Code was first introduced it set the standard for charities. While many charities used it, it was somewhat frustrating, especially when compared to the adoption rates for other similar Codes in other sectors, that many did not.

Following earlier consultation, we published a new Charity Governance Code in July this year. Publishing the new Code aims to encourage discussion and debate about the Code itself; what the standard of governance should be that charities should aim for in the coming decade; whether charities need to make a measurable shift, and how the Code can be used to raise the bar.

Now I know that good governance is not intrinsically interesting or exciting to most people – your average person participates in civil society organisations because they’re inspired by the cause; because they want to make a difference; not (usually) because they have a profound interest in the process of governance.

Fundamentally, we went to the trouble of updating the new Code because we see that there’s a badge of honour in being a charity: they have that status because they deliver a public good or benefit. Put simply we think that a charity that aspires to meet the Code is a sign that the charity takes its custodian responsibility seriously.

The Code assumes that charities, in their role as custodians of this public good or benefit, should be open in their work, unless there is a good reason for them not to be. Expectations of openness are surely now such that all charities should adopt a predisposition to disclosing information rather than withholding it; and to making a public statement around how their accountabilities are structured and delivered. However, it may be that the concept that ‘sunshine is the strongest disinfectant’ has a while to go before it becomes the norm in the charity sector. To give one practical example, in my discussions with charities I’ve encountered a  cautiousness or reluctance to  disclose senior executive pay, as recommended by the new Code. Most charities do not currently buy into the perceived advantages found in the transparency demonstrated at the BBC and elsewhere.

The new Code deliberately stresses the importance of diversity – in its widest sense – for charity boards. People with different backgrounds, life experiences, career paths and diversity of thought bring a richness to debates about how a charity navigates change. Yet, while some charities are doing great work in this area, the feedback that we’re getting on the new Code is that many charities are nervous about how to make that commitment real; and how it should translate into public accounts about  how they are addressing diversity. I wonder if this nervousness also goes to bigger questions about individuals’ time and commitment to participate in civil society, including charities.

A willingness to learn and evolve

The feedback that we’ve received is that, generally, charities are on top of basic policies and procedures. The area for development is seen as group dynamics – how people work together and how constructive challenge might be embraced to enable richer discussions and better solutions. The Code explicitly suggests that good boards will take time-out to discuss their dynamics and ability to work together as a team.

Our premise is that a forward-looking board is one which embraces a regular review of their performance, and that they aren’t scared by such a prospect. The Code recommends that every three years larger charities seek an external evaluation to provide critical challenge and scrutiny to the organisation. This is an approach found in housing, sport and listed companies. However, it will be a new development for many in the sector, as a review of larger charities’ governance by Grant Thornton carried out in 2015 found that relatively few charities report board evaluations, with the majority making no reference to having undertaken one at all.

Of course, much will stay the same when looking at organisation’s governance, but the Code is intended to enable charities to ask profound questions about how they’re structured and organised to ensure that they retain the ‘good’, without becoming fixed or inflexible about the possibilities and benefits of potential changes.

The next few years will show whether the Code has achieved that aim.

We look forward to hearing any feedback on whether and how the Code works in practice and its relevancy for charities and their boards.