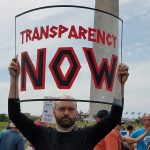 The Charity Commission in its current consultation on the content of the 2018 Annual Return is proposing to ask all those charities who employ staff who are receiving a salary above £60k to identify the number of staff being paid within salary bands above this figure, and to state the pay of chief executives (CEOs) or most senior member of staff.

This proposal reflects, in part, NCVO’s 2014 Report of the Inquiry into Senior Executive Pay. That Inquiry recommended that larger charities (broadly defined as those with an income above £1 million whose accounts are audited) should publish the actual remuneration, roles and names of their individual, highest-paid staff, as defined by the charity.

More recently, the new edition of the Charity Governance Code has also emphasised charities transparency and accountability. The Code explicitly says that, as recommended practice, trustees should publish the process for setting the remuneration of their charity’s senior staff, along with such staff’s remuneration levels, on the charity’s websites and in its annual report.

Not surprisingly therefore I think that the Charity Commission’s proposals in this area are to be welcomed.

However, when I’ve been out and about talking about the Code I’ve encountered resistance from many people to this specific recommendation within the Code. People have argued that it will stoke wage inflation or be used as a stick by the media and others to beat charities.

Now, while I haven’t kept any formal stats, I’ve noticed that everyone who has publicly spoken out against this recommendation in the sessions that I’ve spoken at have been older men. I’ve also noticed that all the people who have come up to me after a presentation to say they that they think that the Code’s recommended practice on senior executive pay makes sense have been women.

I do wonder if there is a gender issue here? I also wonder if the simple act of making chief executive pay more transparent will help with the equal pay for equal work arguments, albeit only at a senior level. It’s clearly galvanised the BBC. Perhaps the Charity Commissions’ proposals could have the same positive impact in charities?