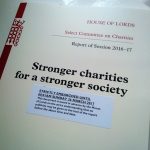 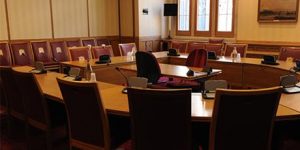 This blog first appeared in Civil Society on 28 March 2017.

I was delighted to be appointed to act as the specialist adviser to the House of Lords Select Committee on Charities at the beginning of July last year. My presentation to the Peers on issues affecting the sector,and subsequent interview, had  passed the test.

The role involved providing an impartial source of advice and assisting the Committee in carrying out their review by:

It was an honour and a privilege to carry out the role and I wanted to share a few observations and to pass on some tips.

1. The Peers are an incredibly bright bunch and they don’t miss much. They really do their homework and they come prepared to question witnesses. But, unlike some Commons Committees, this questioning is not intended to be adversarial.

2. My experience of this Lords Committee, and I’m told its quite common, is for members to seek consensus even if that means compromise.

3. The committees work to a tight timetable and they have a format that they work do. The Charities Committee began its work in June 2016, and it published its report on 26 March 2017. The time was spent as follows:

June: A few private sessions to agree the scope of the inquiry and the questions to ask in the call for evidence

July: Call for evidence, which will usually be open for 10 or so weeks, and introductory evidence sessions

August to September: Analysis of the written evidence received, selection of witnesses to invite to attend future evidence sessions.

October to December: Organising evidence sessions – the Committee had 25 such sessions – and undertaking visits (to Manchester, to a charity in London and to the Charity Commission’s offices) and roundtable discussions (with representatives of small charities in London, Cardiff and Manchester)

December and early January: Discussion about the ‘heads of report’ to agree the outline and structure of the report and guide the Committee staff

February and March: Consideration of the Chairman’s first draft of the report, and further drafts.

March: Proofread and send for printing. Publication and press work.

4. The committee clerk, policy analyst and committee assistant who make up the committee’s Parliamentary staff team are also an incredibly bright bunch. Their ability to grasp new ideas and to assimilate vast amounts of information is astonishing, as is their attention to detail. Parliamentary staff write fantastic briefings on the witnesses, and they have eagle eyes on the sector’s media.

5. It is also worth contacting the clerk at an early stage if you think your organisation can offer something as a witness, or believe that you can be helpful to the Committee in some other way, for example by hosting a visit.

The Wales Council for Voluntary Action (WCVA) helped with the arrangement of a roundtable discussion that gave Peers a chance to talk to charities based in Wales.

6. The committee (and the staff) appreciate people being willing to submit evidence and appear in person. While a committee does its best to be flexible on deadlines for submissions and dates for attending evidence sessions, there’s not always the capacity to move things, and some things are arranged (and re-arranged) at short-notice. Generally, there’s pressure to turn things round quickly, so bear that in mind – don’t delay with any information they ask for.

7. What the committee really like is evidence that is not too long (ideally no more than four to six pages) and which makes specific suggestions. They also really like clear wording that they can quote directly in the report.

For example, two of my favourites were:

“…every morning being overwhelmed by what people in this country achieve in the charity sector. It is glorious and a wonder…” Dawn Austwick, paragraph 17

“in my walk from Clapham to Stockwell, from the big supermarket to the place where I live in Stockwell, I pass four Sainsbury Locals. We could take a lesson from the private sector. Locally based, small high street organisations doing substantially similar things may not necessarily be a bad thing…” Richard Jenkins, paragraph 333

8. Finally, it is worth remembering that the committee can only refer to things that they’ve received as evidence – whether written or oral. They can’t make something up. If you have a good idea or suggestion do make sure you let the committee know.