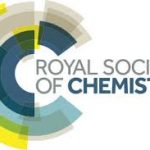 In 2016/17 the RSC’s then President, Professor Sir John Holman, led a review of the organisation’s governance to clarify the role of the trustees, the structure and membership of Council (the Board of Trustees), boards and committees and the effectiveness of the relationship with the executive.

I was appointed as an external specialist to assist the RSC in carrying out the review.

The RSC’s Council subsequently agreed a number of changes to the RSC’s governance structures and processes, and to its By-laws at its 2018 AGM.

More details describing the changes can be found here:  http://www.rsc.org/about-us/our-structure/#Governance