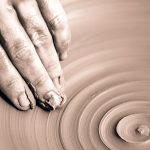 Here’s a link to an article that I wrote with Louise Thomson, FCIS, Head of Policy at ICSA: The Governance Institute on the consultation proposals in the proposed new Charity Governance Code. https://www.icsa.org.uk/knowledge/governance-and-compliance/features/december-2016-shaping-a-new-code The closing date for responses is 3 February 2017.

Consultation on a Charity Governance Code for the next decade

A turning point for the Governance Code?

Here’s a link to an article I’ve written for ICSA’s April edition of their Governance & Compliance magazine about some of the big questions for charities, their trustees and the Voluntary & Community Sector Governance Code Steering Group to consider in the lights of sector’s recent governance developments. https://www.icsa.org.uk/knowledge/governance-and-compliance/features/april-2016-a-turning-point Do please send me or the Code […]

While the UK’s charities are by and large being more transparent about pay, an article in Monday’s Sun proves that the issue isn’t going to just go away.   As Monday’s Sun illustrates only too well the debate about senior executive pay is not exclusive to charities, nor has it gone away. The pay of University […]

Wikimedia UK is a charity client with a commitment to transparent governance arrangements, and they are a beacon of good practice in this area. I thought readers might be interested in seeing the two governance audits I carried out for Wikimedia UK; the most recent one being published at the end of November last year. In particular, in a section […]

Governance challenges – this year and next

ICSA asked me for my ‘tuppence’ worth on governance challenges facing charities this year, and looking forward, as part of a bigger article they were writing.  The full article can be found here and my responses to their questions are below: What do you think has been the most significant governance development over the past 12 […] 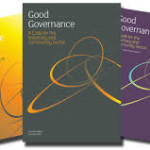 ‘It’s as dull as dishwater, and not worth the paper it’s written on’ was how one trustee of a large charity recently described ‘Good Governance – the Code for the Voluntary and Community Sector’ to us. That view may be going a bit far, not least because when introduced in 2005 the Good Governance Code […]

Since publication of the Inquiry report into the pay of charity senior executives I’ve been asked several times about how the Inquiry’s recommendations for charities sit against expectations in the private and public sectors. To help answer the question I have prepared a chart for charities to see how they compare against these sectors.  Space […]

Sooner or later, it seems, every sector experiences the glare of the media spotlight over pay. For charities, the most recent spotlight moment was last summer, when a succession of media stories highlighted the high pay levels of some charity chief executives. In response, NCVO set up a new inquiry into levels of senior remuneration. […]

Posted In: Public Trust and Confidence

In-work poverty is bad for your teeth

I worry about the dental health of staff working for organisations tackling domestic poverty. Norman Tebbit’s pronouncement last week on families using foodbanks to stock up on the basics while spending benefits on junk food must have caused a spike in teeth grinding. The ammunition we’ve got about the growth of in-work poverty is stacking up. […]